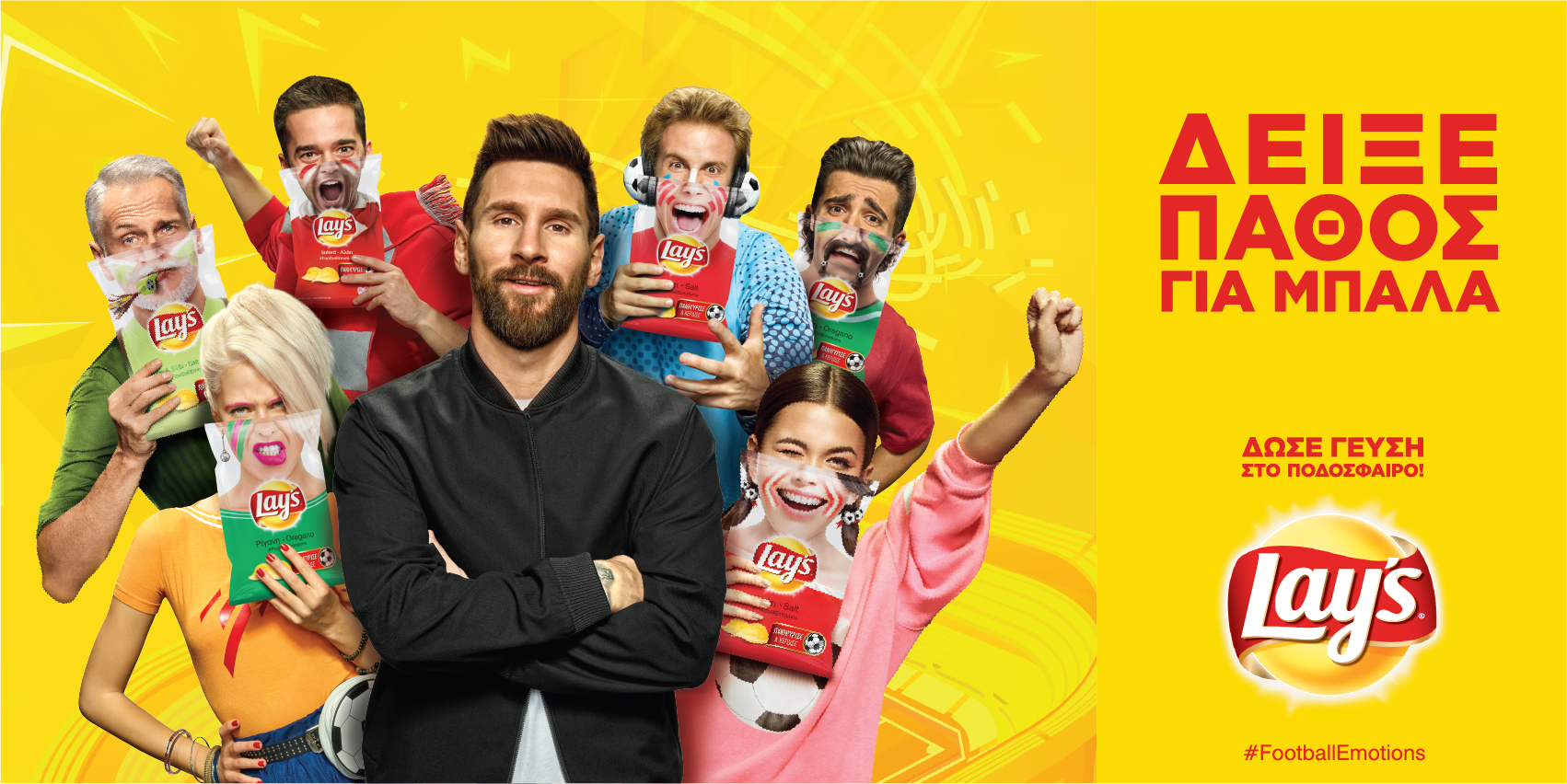 If you were asked to describe with one word the first thing that comes in your mind when you think of your favourite football team, which one would it be?

But we’re a tough crowd to please and we wanted more… So we decided to further surprise the consumers and we thought bigger, proposing Giorgos Karagkounis as the local celebrity for the campaign while developing his own Lay’s Football pack!

This passion for football was the reason behind Lay’s Football Emotions In Store activation!

We created the Football Emotions Activation and we inspired consumers to share their football emotions using our locally developed Lay’s Football packs!

We invited everyone to have fun either alone or with their friends and family by taking photos on our photobooth station or playing on the Lay’s football table, share their football emotions freely and try the new limited-edition flavors launched during Lay’s Football Emotions campaign!

Everyone loved the Football Emotions packs and as a result the increase of Lay’s purchases was spectacular! 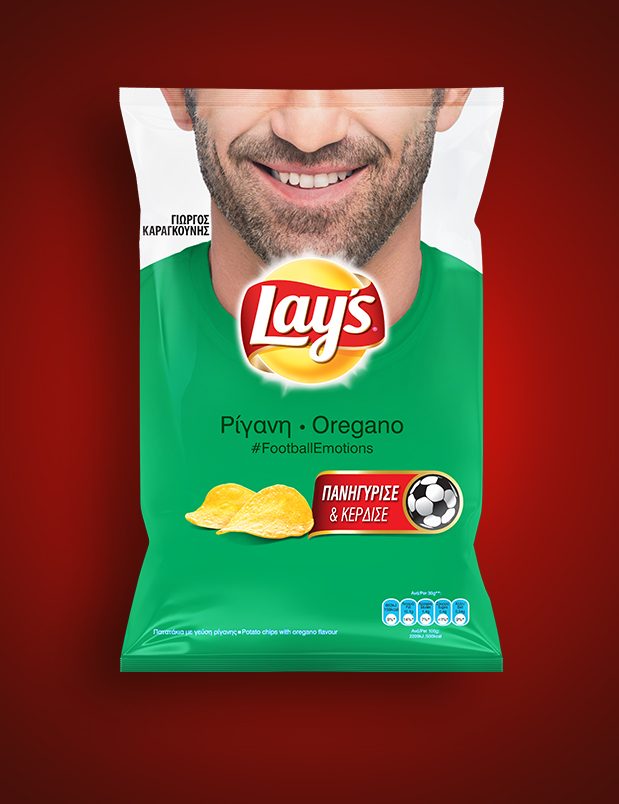 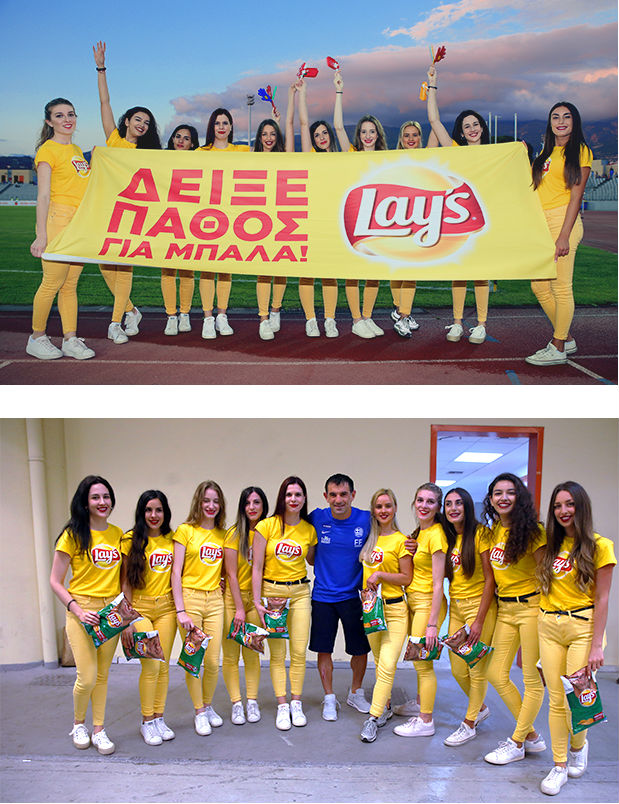 Before we wrap it up we wanted to give something back and so we proposed our participation to a CSR related strategic activity.

The perfect opportunity arose during the football match for a good cause between the Greek team “LEGENDS 2004” whose player is Giorgos Karagkounis vs the Spanish team “SPAIN NATIONAL TEAM LEGENDS”. The money that was raised from the game was donated to charity.

The Lay’s Football team was there supporting the event expressing in their own cheerful way the passion for football! 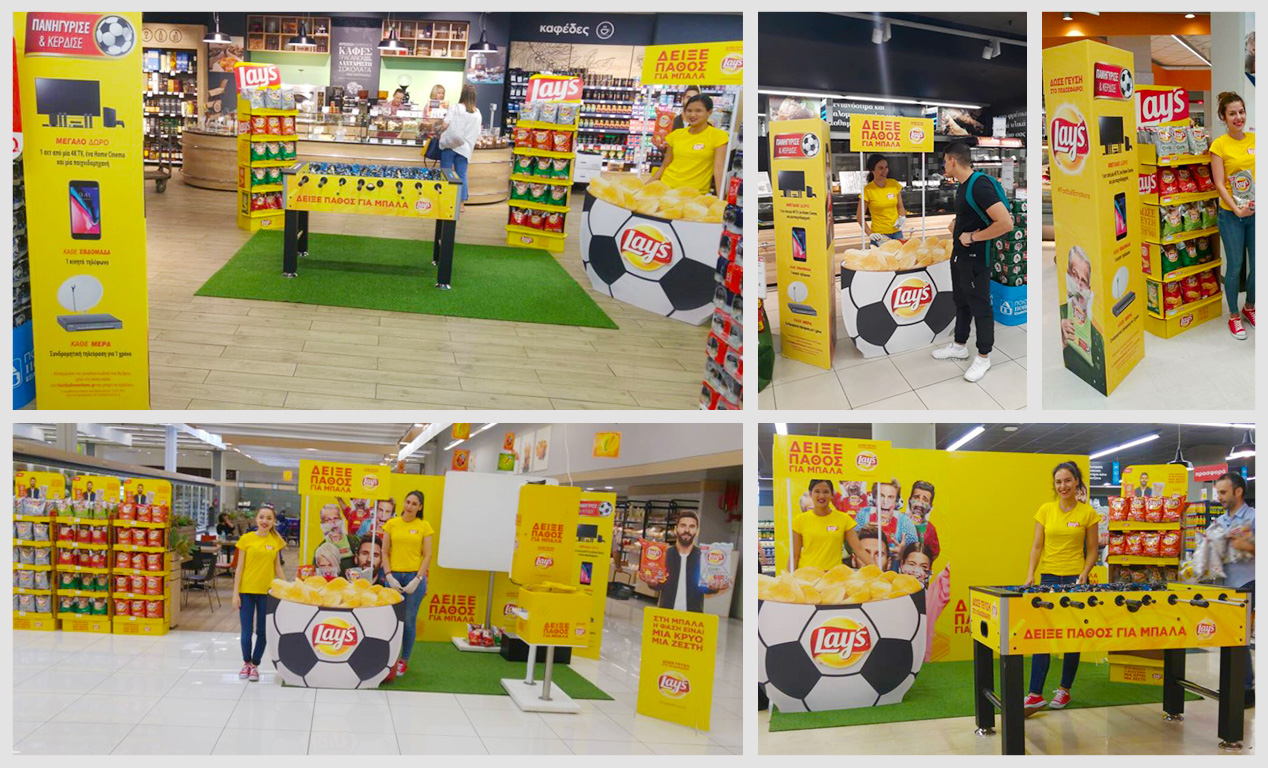